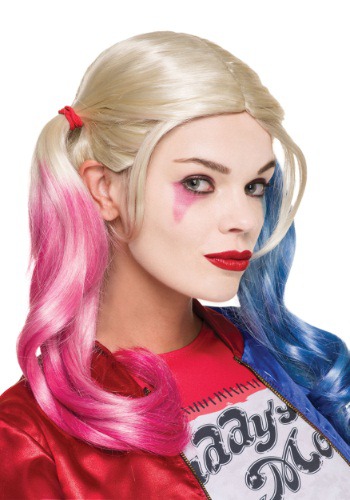 This might seem like a simple makeup kit, but it’s actually as key to Harley’s arsenal as Batman’s utility belt is to his. Remember the scene in Suicide Squad where the government gives our titular anti-heroes their gear so they can go on their suicide mission? What’s in Harley’s box? Sure, there’s a giant mallet, but it’s mostly just a costume box. Because when you’re a deadly clown criminal, your look is everything. Harley may not have any superpowers per se, but the way people are thrown off-balance when they run into a sexy clown trying to kill them is just about as useful as heat vision or a magical lasso. It’s what we call an outside-context problem––one your brain hasn’t considered yet. Fear of clowns may be common, but what if they were wearing hotpants? You’d never thought of that before. Before you can react, BAM! Holy Harley, Batman, you’ve been knocked out cold!