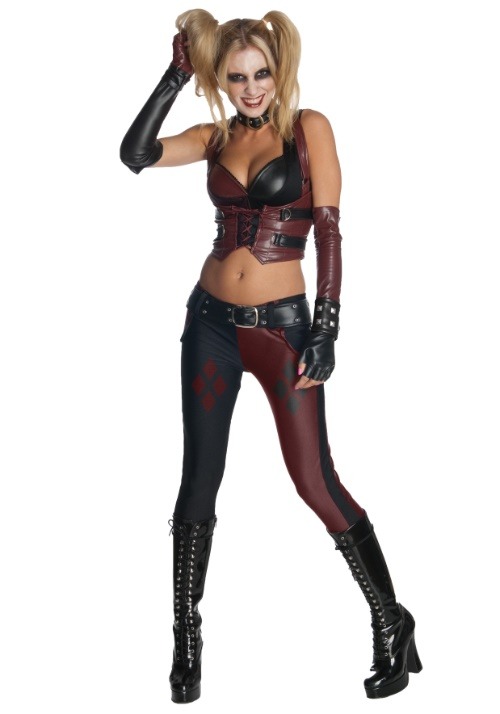 Even the Crown Prince of Crime needs help sometimes.

Well, Mr. J might never admit that he needs help out loud or anything, but Harley Quinn knows better. Sometimes the Joker needs her. Whether it's distracting the Bats, whipping those numskull criminals into shape, or helping execute one of Mr. J's brilliant plans, Harley is always happy to help.

As a matter of fact, Harley is mostly a happy person. We can tell by her maniacal laughter and general sense of glee while destruction and mayhem surrounds her. Sure, she's got her mean-streak now and then, especially when people don't listen to her, or when the Bats hurts her dear Mr. J, but other than that she's one happy camper.

Nevermind that she's called crazy sometimes. Yeah, the Joker does bad stuff, but that doesn't mean he's a bad guy, right? Harley knows better. She used to be a psychiatrist. Mr. J just needs someone to love and take care of him, that's all! Which is why she'll help as best she can, and she'll do it in her signature colors to boot. This Arkham City Harley Quinn Costume mimics Harley's outfit from the Rocksteady Batman games. There's a sleeveless pullover with midriff, low-rise two-tone pants, foam belt and choker with decorative buckles, and elbow-length finger-less gloves with studs. You could even show your appreciation for well-time comedic crime by dressing as her yourself! We can't recommend attacking the Bats though. Historically bad idea.