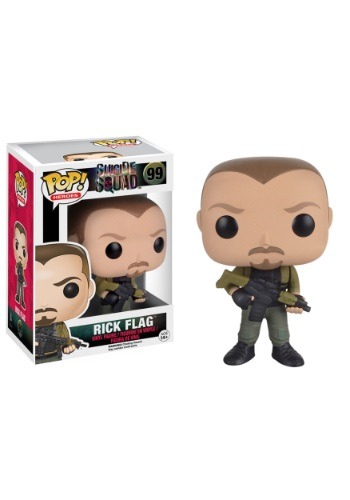 Rick Flag has a pretty rough job. Trying to keep a bunch of known in line is like trying to herd cats. One second the mission is going fine and the next moment, Harley Quinn is running off by herself into a gang of evil monsters while Captain Boomerang is breaking into a bar to steal some top shelf liquor. But that’s just how it goes when you’re the leader of the Suicide Squad! Now, you can have Rick commanding you when you add this Rick Flag POP vinyl to your DC collection.

£6.99
Item # FN8404  |  Write Review
Sign Up to be Notified When Your Size Is Available
Items Included
Product Highlights
Size Chart
ST
Inches Centimeters
Product Description
You May Also Like These
Product Reviews Write A Review