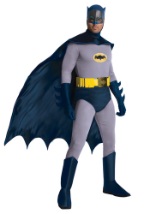 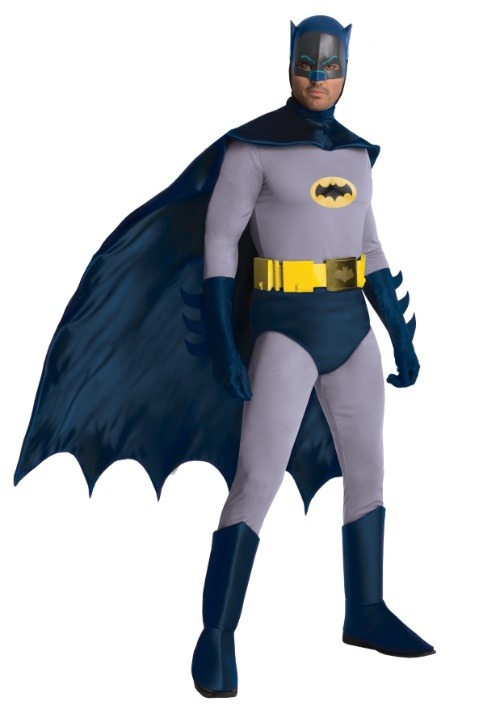 £124.99
Includes & Highlights
Item #RU887207
Items Included
Product Highlights
Size Chart
STXL
Inches
Centimeters
Costume Sizing Tips
Product Description
For some, Batman means the gritty scenes from The Dark Knight. For others, there is only one Bruce Wayne. For some, Adam West is the pinnacle of Caped Crusader capers. The tongue in cheek references, the wacky fighting animations and Mr. West's uncanny comical timing. Yes, 1966 was a great year for Batman and this year can be a great year for you. Why? Because this Batman Classic Series Grand Heritage Costume lets you become the Batman from the classic show. You can play the role of Gotham's millionaire playboy in disguise. You can play the role of campy superhero, with your own wacky responses to villainy. You get to pretend that you're Adam West for a day, except this time, you get to look like him. That's the ultimate Bat-experience if you ask us. Just don't ask us to sell you Bat-Shark Repellent Spray. (We're still trying to figure out where to get some of that).
Product Questions & Answers