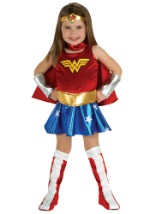 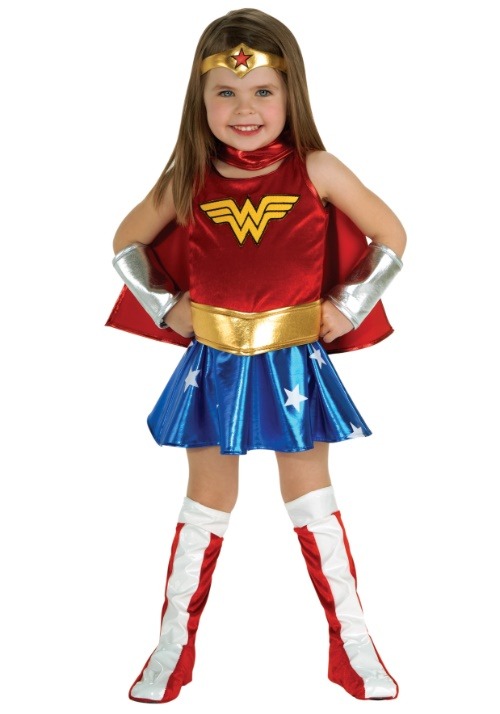 Pew! Pew! No, that’s not the sound of your daughter shooting lasers––what is she, some kind of baddie mook? No, she’s deflecting them! Wonder Woman’s golden bracers are a defensive, rather than offensive weapon––although you just try having your bullet deflected back at you and not getting a little offended. Wonder Woman even has some of the easiest accessories––golden lasso? Get some yellow rope and you’re covered. Much easier than a whole utility belt. Invisible jet? No need to convert the Cozy Coupe into a Batmobile––just use your imagination and take flight!

Though she’s driven out of her island paradise partially out of a love for Steve Trevor, and is eventually known as an on-again, off-again power couple with Superman, Wonder Woman stands alone and needs no man by her side. Created by feminist psychologist William Moulton Marston as a compassionate alternative to the other superheroes who mostly solved their problems with strength and fighting, Wonder Woman has served as a role model to little girls since her debut in 1941, and can count Gloria Steinem among her fans––criticism from Steinem saw Diana Prince get her superpowers and traditional Wonder Woman costume after a period of experimentation with the character by DC in the late 60s. In 2016, the character was even named United Nations Honorary Ambassador for the Empowerment of Women and Girls. (Before being dropped from the role after receiving criticism that a scantily-clad white woman of impossible body proportions might not be empowering to all of the world’s women and girls, but, you know, you win some, you lose some.)