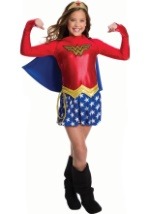 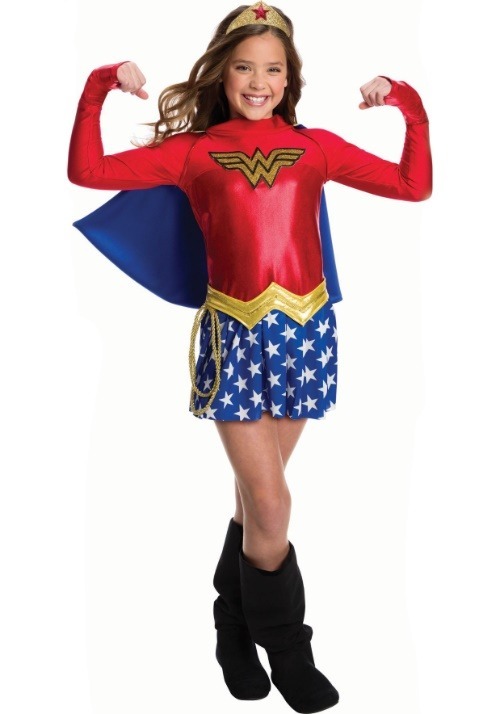 The daughter of Queen Hippolyta doesn't want to be put on a pedestal. She wants to start fiercely training like all the other warrior women on the hidden island of Themyscira, simply because she has this one firm belief: Amazons need to protect the human race. Yeah, Diana Prince is pretty noble, especially for only being a kid.

If your little girl has shown similar dignified qualities in her early age, then gifting her with the iconic uniform of a bonafide superhero seems appropriate. You'll love watching your daughter try to sort of differences between her friends when she's dressed as Wonder Woman. She may just wrangle up all her stuffed animals with her Lasso of Truth and bait them into finally speaking in front of her. Plus, playground bullies will have to watch their back. There won't be any bullying as long as little Wonder Woman is on patrol.

The officially licensed Wonder Woman girls costume will make young comic-book fans look like their favorite role model. Featuring the iconic "WW" logo and the classic gold, red, and blue color scheme, this costume has little girls suiting up for heroism. Young ladies will love wearing the star-printed pleated skirt and toting around Wonder Woman's infamous secret weapon, her lasso. Mom, you'll love watching your little girl from the distance settle conflicts like a certified superhero. It's a costume that will provide a powerful experience for everyone!