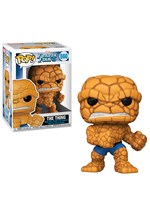 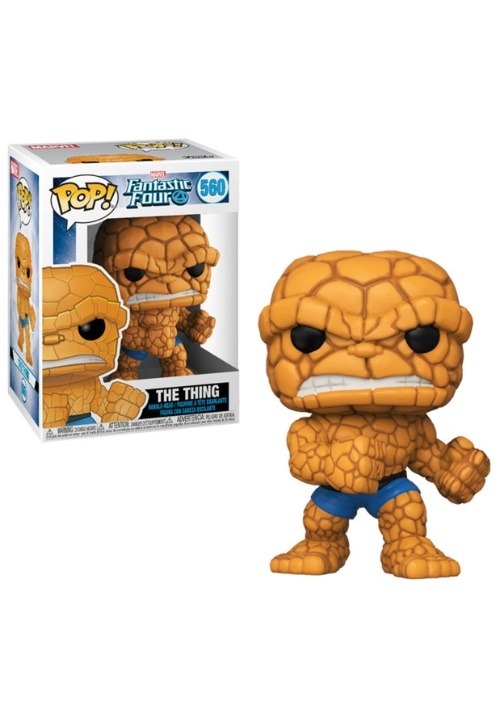 Reed Richards is all about words and theories. That's all fine and good, but sometimes you need to dish out good ol' fashioned dose of butt-whooping if you want to keep supervillains in line. That's where Ben Grimm, The Thing, comes into play. With a body as hard as a rock and enough strength to take on any cosmic threat, he's ready to administer a clobberin' to anyone who tries to harm innocent people on Earth. Now, you can bring the Fantastic Four superhero home with you when you get this Pop! Marvel vinyl figure, which comes from the folks at Funko!

This officially licensed Fantastic Four Thing Pop! figure is ready to defend your vinyl figure collection from the forces of evil. The figure combines The Thing's imposing look with cute, Funko style to give you the perfect addition to your Pop! collection. He has his orange, rock-like skin, a mean look on his face, and he's even making some fists to scare off any would-be villains! Make sure to pair him up with the rest of his Fantastic Four pals... and keep him FAR away from Doctor Doom. He's not exactly a fan of the iron-clad supervillain.