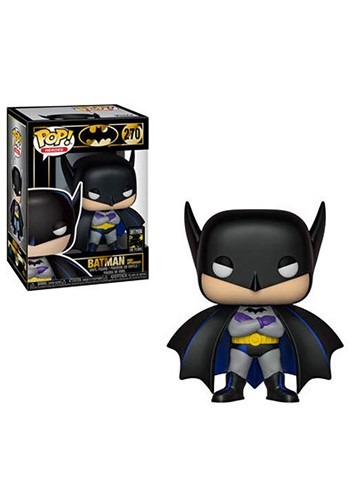 It's hard to believe that Batman has been around 80 years (especially considering how spry he still is!), and his look has definitely changed over the years. Now you can commemorate his superhero legacy with this POP! Heroes: Batman 80th-Batman 1st Appearance vinyl figure! Get back to the basics with this officially licensed retro 4.5-inch figurine, which features Batman's first ever costume. You can't beat the classics, right?