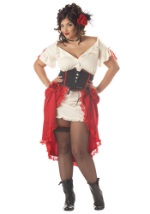 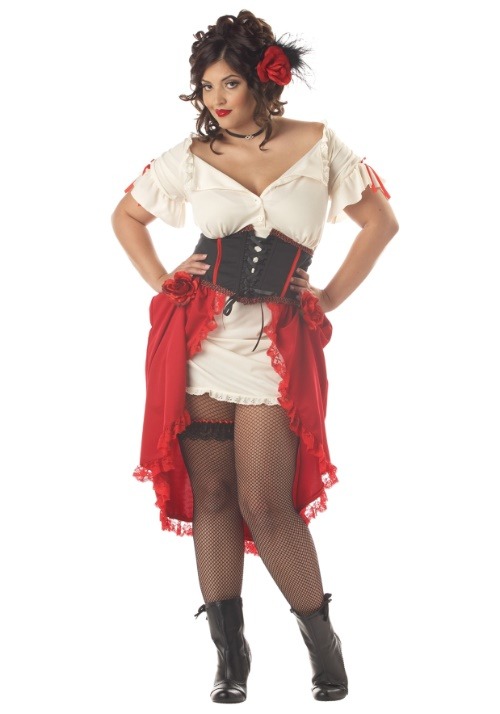 LIFE IN THE CANTINA

Working in a cantina back during the times of pirates had to be a pretty crazy job. Every night would be a giant rowdy party, with so many thirsty pirates you can hardly keep up with the sales! Live music would be leading the rough and tough sailors in an old pirate song; until someone accidentally bumps into someone else.

The second someone bumps into another, the entire place turns into chaos. You've seen the movies, a bump is all it takes to start a bar fight that everyone is involved in. Tables and chairs smashing, beer spilling, people yelling. The entire scene is one chaotic dance that everyone seems happy to join in on. Just like that, every chair in the place has been trashed. Now you need to go out and buy all new stools tomorrow, just so you can have somewhere to sit for the next night! It sounds chaotic, but that is the life of a cantina girl.

This costume is perfect to pair with any pirate or cowboy style costumes! You'll be wearing a white chemise with three buttons on the front and trim on the collar and sleeves. Then you'll be wearing the corset and skirt, which are actually made as one piece that laces up in the front, making them extremely easy to wear! Last but not least, we've included three roses and a garter to serve as finishing touches on this impressive ensemble!

When you become a cantina girl, how are you going to keep those pirates in line? They don't listen to anything but force, so if you want to break up a bar fight, then the best way to do so is to beat them all up! We know you can take em. Good luck in there!