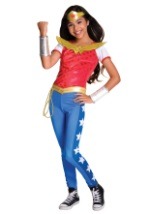 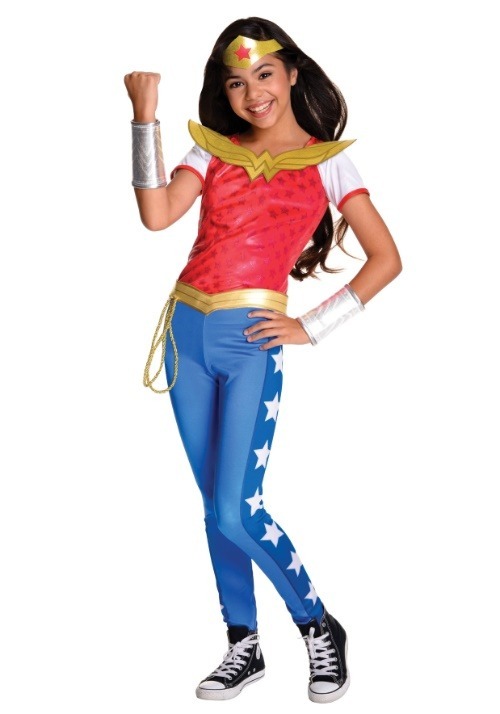 Do you ever think that if someone's going to set the world straight, it's going to be your little girl? Girl power goes beyond strength. It's not only about being able to spring off a shield to take down a German sniper in the middle of a firefight, though that's an intensely awesome skill to have. It's about seeing the people that might have been forgotten in the chaos.

If your little one can't stand seeing the oppressed and stranded people get ignored then she's probably a fan of Wonder Woman. We get it. As soon as Diana Prince got off her mystical island and dropped into the grimy world of reality, she took action, ignoring the "shouldn'ts" and "can'ts" from everyone around her, even the people who meant well. After all, she's half god and full Amazon, what do those brow-beaten humans know?

If your heroic kiddo is ready to take action, then she'll love this Wonder Woman costume. The stretchy leggings allow for all that high-kick play fighting action while the top still has the structure of the golden belt and the winged "W" we all know and long. The ensemble is topped with the starred gold tiara and a pair of gauntlets for keeping the enemy at bay. It's time to leave Themisycura behind to change the world!