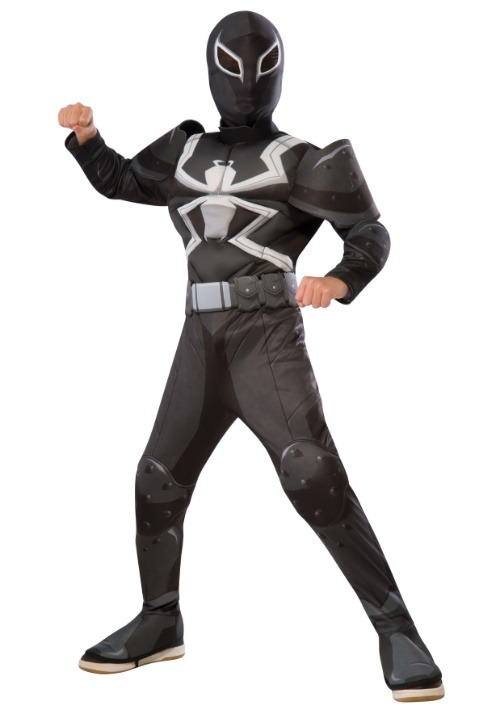 There are a number of dangerous creatures out there that can make for a really difficult time for all of us.  And, worse, there are a few that can even change who we are!  Well, when you’re a kiddo working hard to develop into a strong and good member of society, there are a lot of forces out there that can push you one way or the other.  And, as parents, we’ve gotta do everything we can to make sure that they’ve got all the best opportunities.

So, admittedly, the idea of joining up with a symbiote that hasn’t exactly had the most stable of pasts might not immediately sound like the best of ideas.  But, here is the think about the Venom Symbiote… the mysterious and terrifying ooze-like parasite creature did indeed used to turn people into the crazy Venom, a creature ready to pounce and tear people apart with those savage bitey teeth.  But, that was before it could bond with the right kind of kiddo!  One who could quell the savage and turn it into just a hunger for cookies and heroics!

That time is now!  Your kiddo can step into the role of the dark hero, Agent Venom.  Totally in command of all the powers of the Venom Symbiote, your little hero will be ready to accept the most dangerous of missions (or is more likely to just gobble down those snacks).  Either way, this officially licensed Child Deluxe Agent Venom Costume is going to make the whole experience feel awesome thanks to this polyester jumpsuit with polyurethane shoulder armor, a foam belt, and the iconic spider-like Venom symbol across the chest.  The mask fastens with the mighty force of Hook and Loop fastener in the back.  Show the world that Venom didn’t mean any harm with this total transformation.