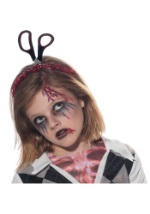 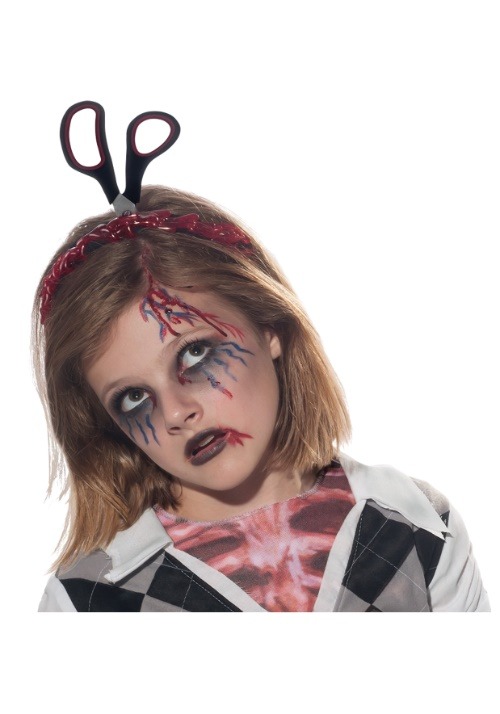 Over the years, we’ve learned a great deal about zombies.  Of course, how could we not when they swarm over our favorite television shows just as much as they’d normally herd up while wandering around in the wilderness!?  So, for the longest time, we assumed that all zombies would eventually look pretty much the same.  Awkward walking.  Dead-ish skin.  That long-lost gaze sort of look in their eye and pitiful moaning.  Well, check.  All that’s pretty expected.  But, what we keep overlooking is the uniqueness in how each zombie goes from being a peppy member of the living to the living-impaired.

Well, we’ve learned that lesson and we’re ready to help you become the one-of-a-kind undead that we know you live for!  Er… died for?  Either way, this Zombie Headband w/ Scissors and Blood accessory kit is sure to show the world that you didn’t just go laying down.  Heck, no!  We’re talking tragic accidents for your kind of zombie!  Not only will you look like one in a literal million, but you’ll remind everyone of the important lesson of not running with scissors… even when running from zombies!