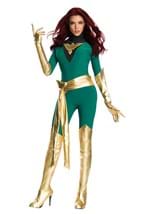 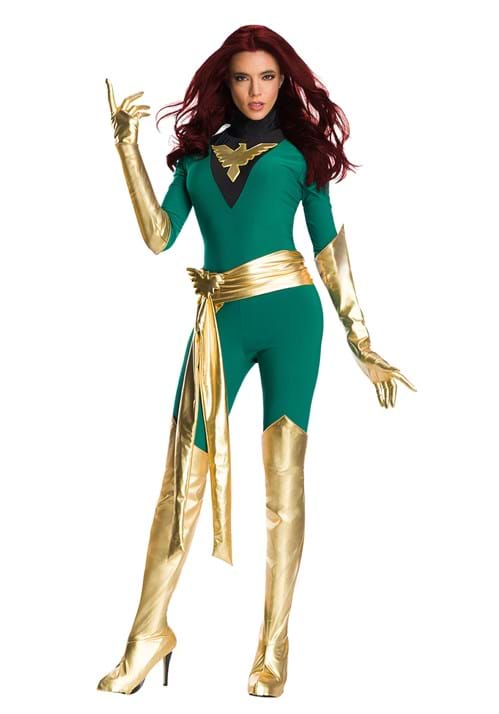 Is there anything that Jean Grey can’t do? Seriously, that woman has more powers than the rest of the X-Men combined! She has crazy telekinesis powers, so she can lift a school bus with nothing but her mind. She can fly. She can read people’s minds with ease. She can even exert mind control over some people… and we haven’t even mentioned the kind of stuff she can do when she becomes The Phoenix! When she harnesses the cosmic power, nothing in the universe can match her power.

And can we talk about that amazing outfit that she wears once she becomes one with the Phoenix Force? Get outta here! We just have to say that for a cosmic entity, the Phoenix Force has an excellent taste in style! That sleek green suit is much better than her classic yellow and blue number and it’s definitely much better than that little number that she started wearing back in the 90s X-Men comics. If you’re going to cosplay as Jean, then that’s the outfit you want!

This Jean Grey Phoenix costume is a premium outfit based on the iconic character! It comes with a dark, forest green bodysuit that stretches to fit. It also has a gold Phoenix emblem on the chest. The included sash is a shimmering golden color. The elbow-length gloves are matching color, as are the boot tops. The boot tops are designed to fit over most pairs of high heels, allowing you to wear your favorite pair with this costume.

Even if you don’t have any superpowers, you’ll be feeling pretty confident when you wear this licensed X-Men costume. It comes with everything you need to harness your true potential! Who knows, you might even be ready to take on Magneto when you head out in it!