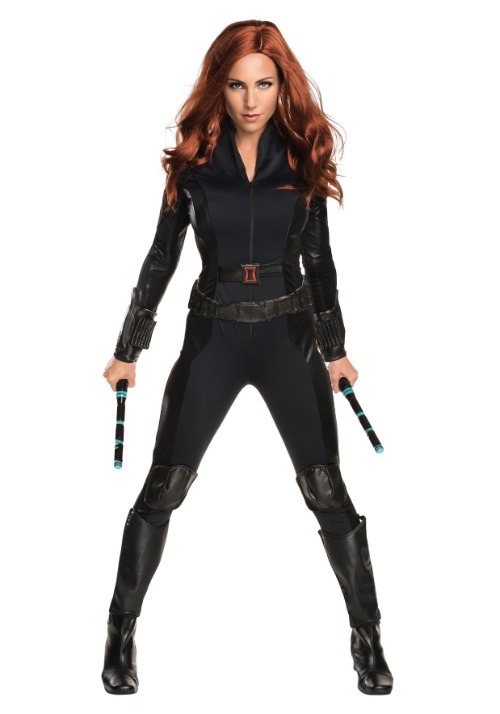 We get it, you kind of botched a somewhat controversial mission in Wakanda, and a whole bunch of innocent people were killed. Tony is mad at Steve. Steve is mad at The Vision. Wanda is angry at Tony. And you are somewhere in the middle of all this, trying to salvage the squad from certain internecine conflict.

Well, we know you mean well, but you’re going to have an uphill battle when it comes to bringing the boys back to the table to talk. So, in the meantime, it’s probably a pretty good idea to throw on this Deluxe Black Widow Civil War Womens Costume, because we have a feeling some pretty extravagant battles are going to occur before everyone’s tempers come down a little bit. We know, we know, it is going to be very difficult to decide where you fall on this vital disagreement; do you go with limiting your squad’s power, or do you fall in line with the Captain and refuse to be held to laws written by someone else? It’s a tough decision and either way you are going to be hurting your friends.

But in this sleek costume, you will at least be prepared to defend yourself and your side of the argument in classic Black Widow style. Included with this jumpsuit is a utility belt, to keep your equipment accessible and at the ready, and a pair of wrist cuffs, for certain multi-purpose use--such as a high-tech communicator to try to get everyone to talk, even while they are fighting in the air, sea, and/or hidden underground bunker.