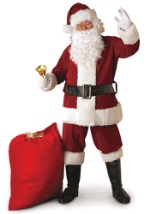 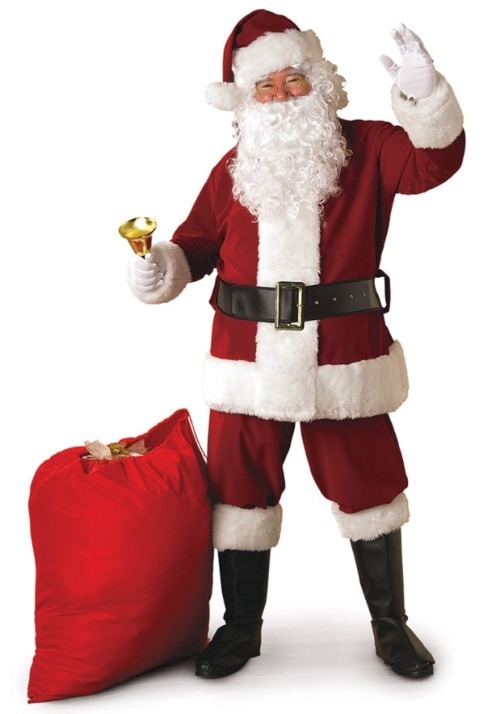 Santa Claus ranks right up there among the most magical guys ever. In order to cover the 122 million miles he’d have to travel to deliver presents on Christmas, Santa would have to fly at speeds exceeding 5 million mph. That’s over 2,200 times faster than the Lockheed SR-71 Blackbird, currently the fastest plane ever invented, and Santa does it using only souped up reindeer. (Conventional reindeer have a top running speed of 15 mph.) Santa manages to squeeze his meaty physique up and down any chimney, no matter how narrow it is, and no one knows to this day how he gets into houses heated with natural gas. Finally, if Santa eats at least a single one ounce cookie at each of the approximately 75 million homes he visits on Christmas, he would consume at least 23 hundred tons of cookies in a single day. That’s about half the weight of the Titanic.

Scientists hate him, kids love him!

But you’re a special guy too. Whether you’re collecting money for charity, starring as everyone’s favorite jovial elf in a play or at the mall, or just looking to knock your kids’ socks off on that all-important family holiday, you know you don’t have to grossly defy the laws of nature just to put a smile on people’s faces. That’s why you want the Regal Santa Suit, officially licensed by the North Pole and guaranteed to make anyone believe in magic for the first time or all over again. This ensemble comes with everything you need except for the beard to be Santa Claus. We don’t advise eating that many cookies, though. Start with one and see where it goes from there!