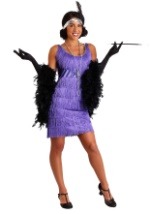 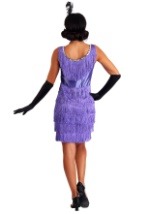 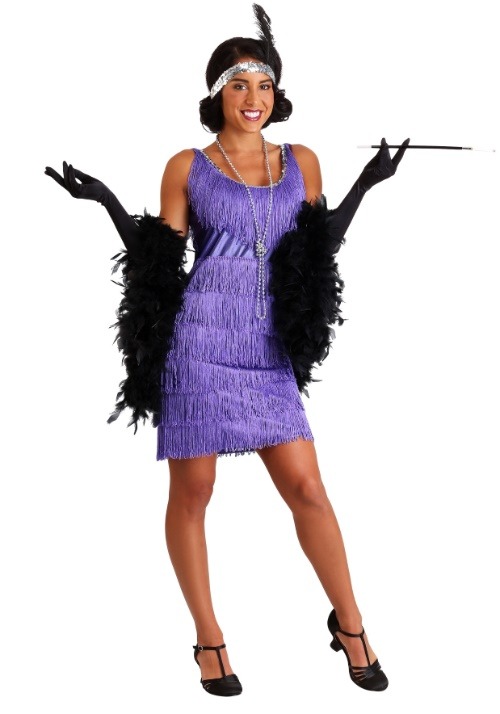 Flappers were revolutionary in the way that they handled themselves. They were pretty much like rebel bad girls. Society says to have long hair? Well, flappers want short hair. Society says too much makeup is bad? Flappers don't really care what society thinks anyways! Society says no short dresses? Oopsies, flappers must have missed the memo! This "I don't care" attitude is exactly why we think that flappers are so awesome! We like to think that we could be that brave, but to be honest, we're not sure we could do what they did.

This fringe dress comes made out of 100% polyester tricot fabric and is lined with 7 tiers of purple fringe. That's right, seven! Society says only six tiers of fringe is acceptable? Well, guess what, we don't care! (Society never actually said that, we just wanted to sound tough.)  The neckline is edged with sequins that go perfectly with the soft purple of the dress, and it goes perfectly with your headband too! The headband you'll be sporting is covered in silver sequins and has a single upright feather standing upright in the front, which is a classic look portrayed on flappers.

Do you think you'd have been brave enough to be a flapper in the 1920's? Brave enough to break the stereotypes and social norms? Would you have been able to handle the judgment you'd be getting from the rest of society? If you think you can handle it, then you are truly worthy of this great costume.