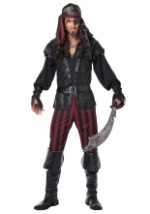 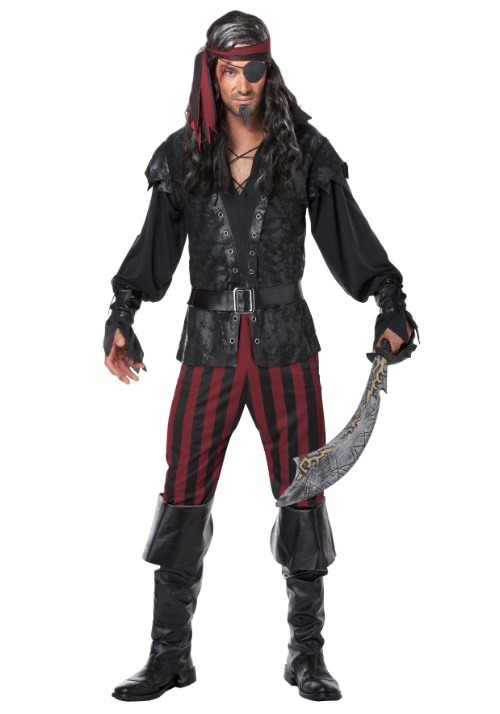 THE MOST TRAGIC TALE IN PIRACY

Historic records tell us of the one pirate with whom no one can hear the tale without putting their heads in their hands and barely able to contain the sad sighs or resist the welling of tears in their eyes.  The sad story of the pirate who traveled all of the high seas for years once his sister was kidnapped, stolen away in the night, and vanished somewhere never to be seen again.

Traveling for years, the pirate would slowly lose his mind, going mad from grief and loss as he would eventually give in to murderous rage, demanding from all those he met to give him some clue, some missing bit of information that would help him complete his journey and reunite with his lost kin.  But, alas, it would never come.  He would scream from the deck of his ship, "Ruth!" hoping that she would hear and return.  But, sadly, he would remain Ruthless...

And now that you're ready for some murder, yourself, you'll be a perfect candidate for this amazing Ruthless Rogue Pirate Men's Costume.  This shirt and vest combo features faux suede vest panels and knit sleeves.  The shirt has a rugged laced V-placket and jagged sleeves, indicating all the trouble you've encountered on the seas.  Cuffed leather boots, corded wrist cuffs, and a faux leather belt with silver-like slide buckles help to refine the look and you can tie the striped head tie however you like.  (Nobody tells the ruthless pirate how to wear his bandana!)

TIME TO PUN-ISH ANY WHO DARE TO STAND BEFORE YOU

Don't miss out on your chance for high sea adventure!  And, since you'll be going out there, you might as well be the type of pirate that leaves people weak in the knees, unable to be defeated or slowed by any man or woman... unless, of course, her name is... well, you get it.