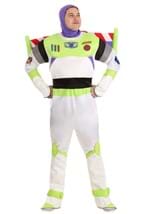 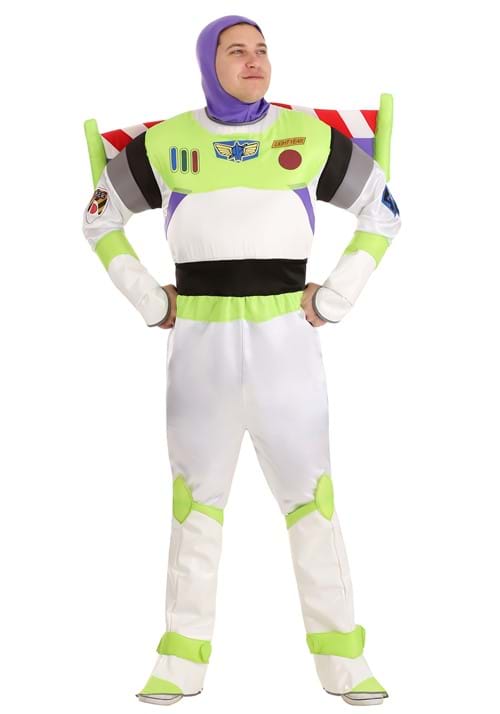 “To infinity and beyond!”

These are the immortal words of Buzz Lightyear. Before crash landing on an uncharted planet, Buzz trained for years at Star Command. There he had many wonderful, thrilling adventures with all the space rangers in the service of the Gallactic Alliance. Then, the unthinkable…

Mayday, mayday! This is Buzz Lightyear, come in, Star Command! Mayday, Mayday, Come in Star Command! … Star Command, do you read me?! …Why isn’t this working?! Be advised Star Command, my ship has been caught in the gravity of an uncharted planet. Due to damage received fighting the minions of the evil emperor, Zurg, I can’t pull free. I will have to crash land. If this is my final transmission, Star Command… It has been an honor serving with you. To infinity and Beyond!

This Men’s Deluxe Buzz Lightyear Costume is modeled perfectly after its eponymous hero. The white jumpsuit has a back zipper and padded chest and shoulders to imitate Buzz's muscular frame. There are printed grahics on the chest and sleeves to show Buzz's control panel, along with white faux patent leather cuffs on the sleeves. There's also a purple interlock hood that covers the whole head and faux patent leather boot covers with green satin ankle bands. If you want a costume that will show the world that you’re NOT a toy and you CAN fly, this is the perfect one for you. Always remember... To infinity and beyond!