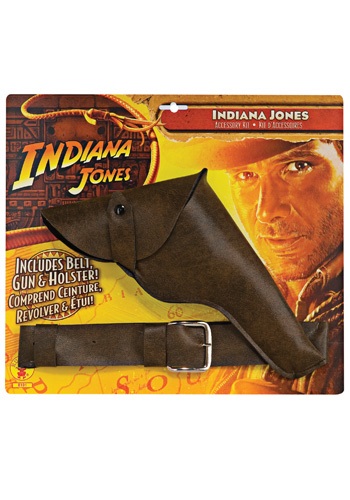 Let's say that you're an archaology professor turned adventurer-slash-treasure hunter and you've stumbled upon a huge secret that Nazi Germany would loooove to get their black-gloved hands on. You're running from their henchmen through a crowded bazaar and you're suddenly stopped by a mercenary swinging a sword! What do you do? You could unhook your whip and engage in an epic whip-and-sword duel, or you could just cut to the chase and shoot him. For that cool move, you'll need an officially licensed Plastic Indiana Jones Toy Accessory Kit!