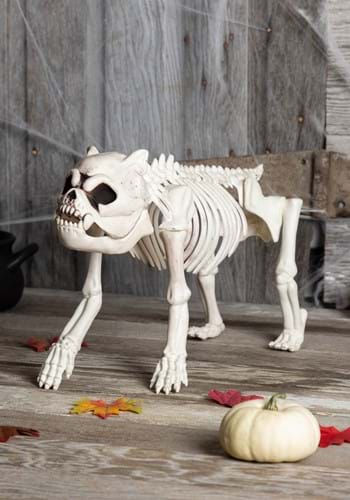 While we have to finally bow our heads and admit that cats are the kings of the Internet, there is one thing that nobody can ever deny. The pup will forever remain man’s best friend. A few will still try to argue that the feline is the victor, but chasing after a plastic bag for six straight hours or scratching up all the furniture is just cannot stand up to a lifetime of loyalty. In fact, for some of our most beloved pooches, a single lifetime isn’t even enough!

It was a tragic loss to see our squishy faced Mr. Pugs leave us, but it was a true sign of love when the little guy came bounding right back a little while later. Admittedly, it was also a pretty terrifying surprise for a second, but once we all calmed down, we realized the great fact that a skeleton dog is an undead man’s best friend! Such is the case of Bones, the Hungry Hound Skeleton Dog who has traveled all across the pet graveyard just to come back to you. With a jaw that can open and close, this hungry little bone pupper will be an adorable addition to any of your holiday décor. And, we can promise that he’s quite house broken and won’t even gnaw on your guests!