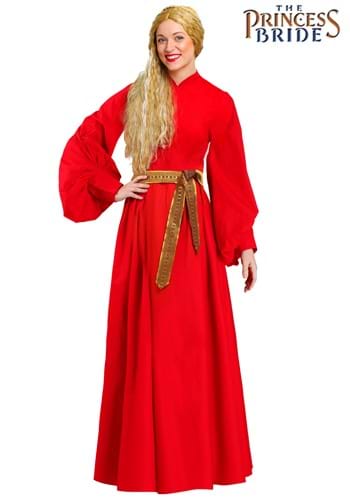 There are many women out there who desire to be a princess. They want to wear a beautiful dress, have servants wait on them hand and foot, and also have the respect and admiration of an entire kingdom. If only being a princess were that simple! Sure, there are a lot of perks when you're married to a Prince, but there are also a lot of drawbacks. If you think you have princess potential, you may want to think about Princess Buttercup's for a second before you pursue a life of privilege...

Princess Buttercup was to be betrothed to the one and only, Prince Humperdinck (his personality was just as awful as his name), but there's only one big problem: she was in love with Westley, the farm boy! Would you give up searching for your one true love just so you could marry a prince and get the title of princess? Luckily enough for you, you can have the best of both worlds!

Now you can look and feel like a princess by simply wearing this officially licensed Buttercup costume. And the best part about it? You won't have to sacrifice searching for real love! Just wear the floor-length red dress, tie the belt around your waist, and then get out there and find your very own Westley so he can reply to everything you say with those three magical words: "As you wish." The most important thing is that you'll always feel like a princess as long as your one true love is by your side.