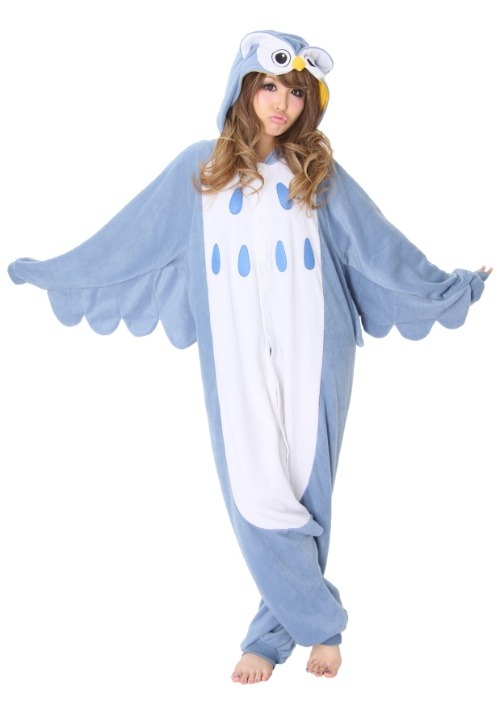 Do you enjoy listening to Hootie and the Blowfish, Hoobastank, and The Who? Do your favorite TV shows include Doctor Who, Who's the Boss, and Who Wants to be a Millionaire? Is your favorite village in Suffolk Hoo? Do you insist on using an abbreviation when you refer to the World Health Organization? Do you think those specific preferences might say anything about who you are? Maybe someone who’d enjoy a hooded jumpsuit? Who could possibly say otherwise? But what animal best represents who you are?

Probably a nocturnal raptor that can rotate its head 360 degrees. The owl is a remarkable bird, with its giant, golden eyes so perfectly adapted to absorbing every glimmer of light the night sky. Its feathers are naturally ruffled, muffling the sound of its flight so it can swoop down upon its prey before they’re any the wiser. And yes, as we were alluding to, they’re also known for their characteristic screeches. The eastern screech owl was named for it, after all.

Our Wise Owl Pajama Costume is fashioned after one of our all time favorite owls, Owl from Winnie the Pooh. Always ready to offer a little pearl of homespun advice, he’ll always be the strigiform closest to our hearts. This cozy, fluffy pajama costume is absolutely darling with its winged sleevies and big, sensitive owl face on the top of the hood. Terrify the bejeezus out of small woodland animals while you’re wearing this, or just be the comfiest thing in creation while you’re wearing it around the house. Wear it to an ornithology lecture, even. You can’t do wrong in the Wise Owl Pajama Costume!