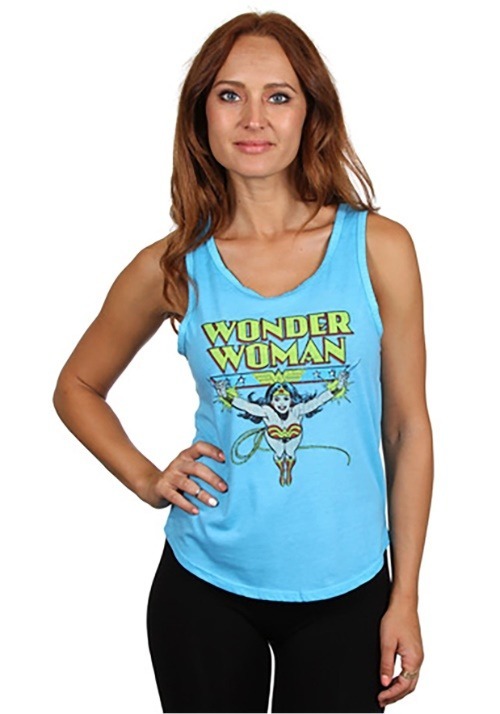 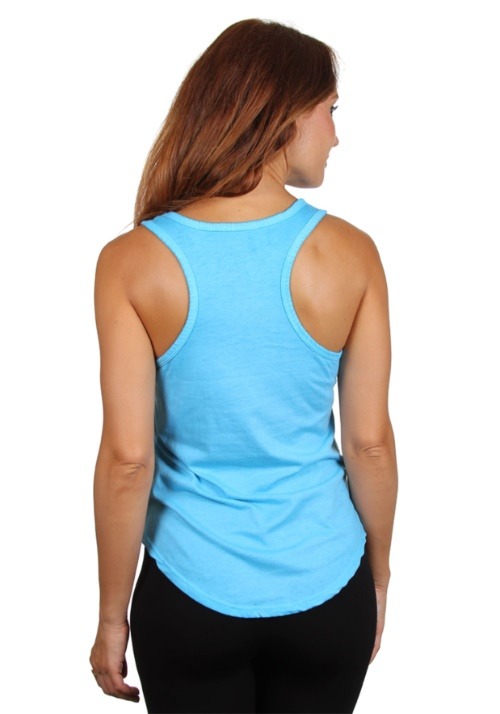 PRINCESS OF THE AMAZON

You are stronger than you believe. You have greater powers than you know. You are not just beautiful, but you are smart and a force for good. Before she was Wonder Woman, she was Diana, Princess of the Amazons. She discovers her true destiny and leaves her home to fight alongside men in the war. While an attractive pilot may not crash near your home and uncover your true superpowers, you can buy the Wonder Woman Women's Tank Top and feel just as empowered.

Wonder Woman is full of beauty and full of grace, but be careful, because she could punch you in the face. The sky blue tank top features an officially licensed Wonder Woman graphic on the front. Arms stretched and ready for whatever is coming, Wonder Woman is wearing her bracelets of submission and flying with her lasso of truth. On her head rests the razor-edge tiara with the ruby red star. Show of your own "wings" of strength with a razorback design.

WITH WARRIOR CRIES, SHE FLIES

Wonder Woman needed a hero and that's what she became. She always persisted, and when life got tough, she looked fear straight in the eyes. Whether you are running errands or going to the gym, show everyone that you are not just ordinary but extraordinary with this Wonder Woman Women's Tank Top.