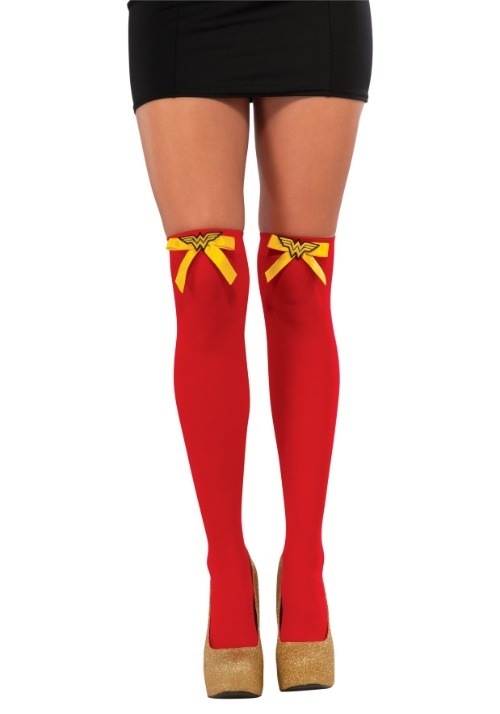 Superheroes have a rough time when it comes to fashion.  Once they show up on the scene in a particular costume, they’re sort of locked into it for life.  Of course, as ages turn Gold to Silver, a few things are allowed to change now and then, but the basic standard of their appearance is fairly well locked in.  It makes for a particularly tough lot in life for some of them, especially those who would otherwise have had so many different options!

That’s where we work to help those heroic folks get some extra bang when they’re out and about in their daily lives.  So, for you Wonder Women who want to keep some of the wonder even when you’re in your Diana Prince days, these officially licensed Wonder Woman Thigh High Stockings will do just the job.  Bright colors along with a featured golden ribbon bow with the Wonder Woman emblem on the cuff will accentuate any style that you want, whether for your daily engagements or your heroic ambitions!