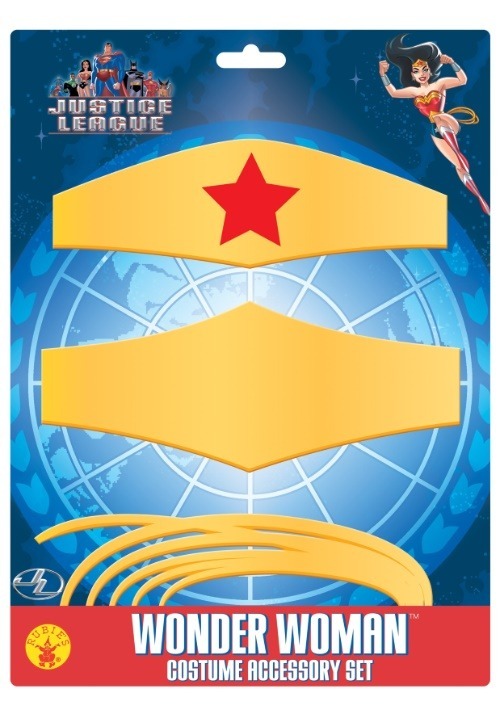 Obviously, you’re wonderful, and you’re probably getting tired of waiting for those super powers to kick in.  Ugh, it’s so frustrating!  Waiting on bolts of lightning or chemical accidents is not only time consuming but relatively risky at that.  On the other hand, just hoping that there was a mixup and you were actually born as a space alien from a now-destroyed planet or fashioned out of clay and born of a goddess’ energy is a leap that even any of the Justice League would be challenged to make!

Fortunately, though, a number of the relics of these heroes are imbued with such powers that they can, at least for a while, bestow the same fortune upon yourself.  So, we jumped pretty high, ourselves, when we got our hands on this Wonder Woman Superhero Set.  The officially licensed foam headband and belt would be enough to make for a profound transformation, but you can practically feel the magic in the golden lasso thanks to its metallic cord!