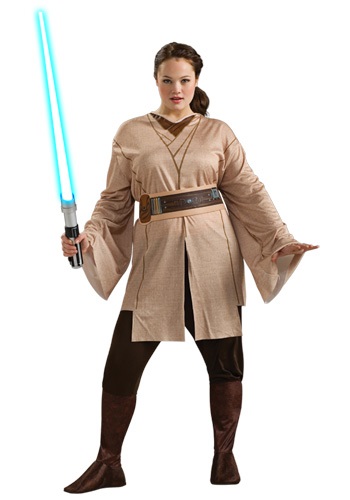 The Jedi Order has had a really rough road of it ever since one of their best went just a little crazy with “fear of death madness” and made that memorably horrible visit to the younglings.  After that, with the Empire’s unrelenting focus on ridding the galaxy of and turning the populous against them, the Jedi found their numbers ridiculously dwindled and spread across the galaxy.  So, basically, it was an especially awful week for the Light Side of the Force.

But, everyone knows that the Force cannot be so easily defeated.  With the fall of the Jedi Order, others began to slowly creep from the shadows and were taught in secret by the surviving few.  One by one, they would learn how to harness their command of the Force and then lift up their lightsabers to confront the Sith and their Empire.  The real question is whether they are excited to don the robes of a full Jedi.  That’s sort of counterproductive to the lessons of stilling the mind and not giving into the conflicting nature of emotions.  (Then again, that kind of lesson is exactly what drove good old Skywalker batty, so maybe a little compromise is needed.)

Either way, your training has been going very well and it is your time to move from Padawan to Jedi.  Do so today by donning this women’s plus Star Wars Jedi Costume.  This iconic look will be perfect for you thanks to the ivory tunic and brown elastic pants.  The screen printed belt gives you the authentic look of an adventuring Jedi, though you may still want to bring along your lightsaber in case you run across a terentatek or ysalamir.  Those force-resistant folks can be tough to … persuade.

£60.99
Item # RU17512 | Write A Review
Items Included
Size Chart
PL
Inches Centimeters
Costume Sizing Tips
Product Description
Questions & Answers
There are no questions for this item yet. Be the first to ask a question!
Ask a Question
Reviews Write A Review