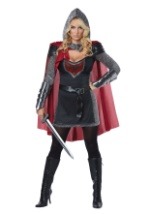 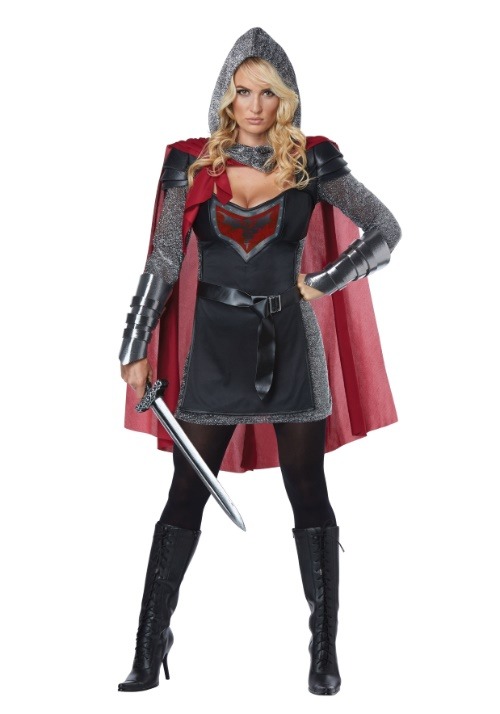 Not Your Average Knight

When most people think of a Medieval hero the image that comes to mind is a tree-of-a-man dressed in shining armor and riding a noble steed. We’d like to change that perception and you can help us when you don this Valorous Knight Costume on Halloween. Look like a force not to be reckoned with on Halloween with this mighty ensemble. No one should doubt your ability to wield a sword and fight off entire armies or fire-breathing dragons without breaking a sweat. Anyone that underestimates you will learn to bite their tongue, lest they wish to taste the cold steel of your blade!

Give everyone a trip back to the times when kings ruled in castles and the knight was the ultimate combatant. Nothing was as fierce as a well-trained knight, not any common soldier in the militia, not a ninja, or even a samurai could match a knight in battle. Grab a sword and shield prop combo, and you’ll be the greatest warrior in town.

A Design Fit for Battle

The tunic slips on overhead and is detailed with a printed emblem on the chest. The tunic is mainly colored black and also features silver metallic ‘chainmail’ details on the sleeves and the sides. The hood slips on and is made of a metallic silver ‘chainmail’ knit. The cape attaches at the back shoulders with hook and loop fasteners. Gauntlets are included and are made of a silver metallic fabric. The belt also comes with the ensemble and is made of black vinyl along with a silver buckle.

No One Ties Down a Knight

Look like you just finished saving a prince from a dragon-guarded tower but turned down the marriage proposal because the pampered life of a princess isn’t really your style. Show up at the Halloween parties as this Valorous Knight and party like the days of old.