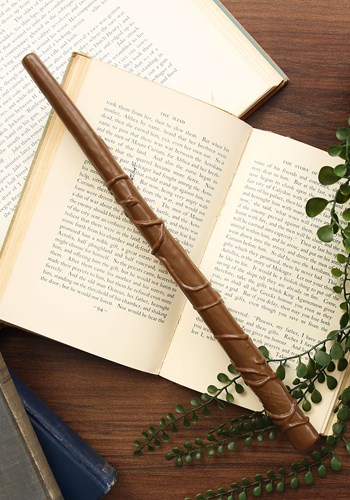 Imagine how convenient it would be to be able to cast magic spells. Sure, they could come in handy if you had to fight the forces of evil. But they’d also come in handy for regular day-to-day activities. Lost your car keys? Claven videtur! There they are. Forget your term paper that’s due in an hour? Chartam scribo! A-plus material, guaranteed. Car running on fumes with no gas station in sight? Cibus repleo! That was the cheapest fill-up you could ever make.

Unfortunately, real life isn’t that easy. And honestly, even if you had a magic wand, you’d still have your share of problems. Just ask Hermoine Granger. This first-rate witch was top of her class in pretty much everything, mastering pretty much every spell taught at Hogwarts, but she still had to worry about Death Eaters, mountain trolls, basilisks, Devil’s Snares and more. (That’s not even mentioning Lord Voldemort!) Then again, Hermoine seems to be doing just fine despite everything that comes her way. She’s just that smart, that resourceful and that resilient. It’s no wonder she’s one of Hogwarts’ star pupils. In fact, we’d go so far as to say she’s just as good of a wizard as Harry, if not even better. After all, she knows how to pronounce the Levitation Charm.

Well, you might not be able to cast fantastic magic spells like Hermoine, but now you can at least look like her with this Wizard Hermione Granger Wand. The officially licensed wand is 15 inches long and covered with vines and leaves just like Hermoine’s. So grab your new wand and get ready to conjure up birds and repair glasses… even if it’s only in your imagination. Isn’t that where the real magic is, anyway?

£7.99
Item # RU9703 | Write A Review
Items Included
Product Highlights
Product Description
Questions & Answers
There are no questions for this item yet. Be the first to ask a question!
Ask a Question
Reviews Write A Review