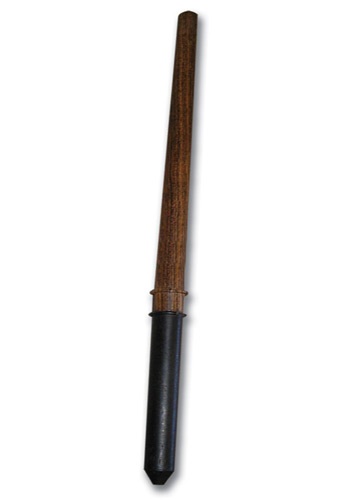 Ah, Draco. Sharp of mind, sharp of wit. He just might have his alliances a little bit mixed up. When dressing up as Malfoy you might sometimes wonder if you're doing the right thing. After all, this is the kid who betrayed our beloved Dumbledore! We wouldn't worry, though, he might have been a little mixed up as a teenager but that doesn't mean he didn't come around in the end.
The way things unfolded in Malfoy's life, he should have turned out to be an all-out bad guy. He was raised to look down on those who were different, his father was imprisoned, and he joined the "bad as they come" Death Eaters. So why didn't he end up following in his father's footsteps? We think it was that ego shattering punch Hermione landed. Or maybe not. Whatever it was, we're glad he ended up as a decent fellow. Now, you can dress up as him with a clear conscience with this handsome wand by your side! With Hawthorne wood (plastic) and unicorn hair (nope, more plastic) you'll be ready to duel with Dumbledore's Army. Just be ready to change your mind in the end. We're serious, it's your only redeeming feature!