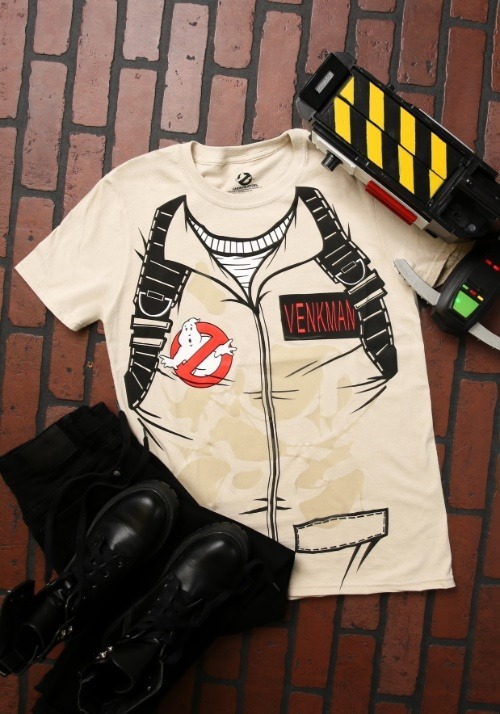 There's nothing worse than hearing that bell go off... and not having any idea where you left your jumpsuit. Because you know you can't just show up to the next call wearing a polo shirt and a blazer. What would the other Ghostbusters say? It just wouldn't reflect well, but we have a solution that assures you'll be at the ready the next time you're called upon to bust some ghosts (but forgot to pick up your dry-cleaning). The rest of the team will never notice that you're not in uniform when you show up in this glow-in-the-dark Venkman Ghostbusters T-Shirt Costume!

This officially licensed tee is a tribute to everyone's favorite wisecracking parapsychologist, with "Venkman" on the name tag... and globs of green slime across the front. Don't worry, the slime isn't real (because we couldn't convince any ghosts to contribute), but it does glow in the dark! The shirt is great for a quick and easy Halloween costume, and also makes a perfect gift for any Ghostbusters fan... especially the ones who memorize all of Bill Murray's lines!