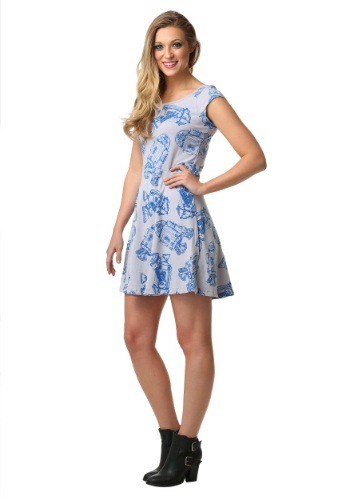 Man, how many times has R2-D2 saved the day? Oh wow, we’re so glad you asked - why don’t we just go down the list right here, right now?!

The first time R2-D2 got those crazy kids, Han, Luke, and Leia out of a pickle was when he delivered Leia's distress signal to Obi-Wan Kenobi, thereby inaction a rescue mission. Then, of course, there was the time that we can never forget — because it basically scared us so much as kids we almost had nightmares — that involved a trash compactor inside the Death Star. Next, R2-D2 pulled a sneaky pete by delivering the Death Star plans to the Rebel Alliance, which allowed them to effectively blow that fish up. Later, in The Empire Strikes Back, that lovable lil’ machine fixed the hyperdrive so the Millennium Falcon could escape Bespin, which was like…whew! Close save there, friend! After that, during The Return of the Jedi, he smuggled Luke's lightsaber into Jabba's Palace so Luke could rescue Han.

So yeah, pretty safe to say that R2 is one heroic little droid! And if you love that little guy as much as we do, it’s no wonder why you’d want to bring that droid style with you everywhere you go! It might be hard to bring your R2 unit along while you’re out and about (especially when you consider how many places don't even allow droids in their establishments!) but you can still show off your Star Wars style with this amazing Star Wars R2D2 All-Over Print Skater Dress. With an all over art print of little Artoos, you'll have the fashion style to let you stand out... no beeps, whistles, or clicks required!