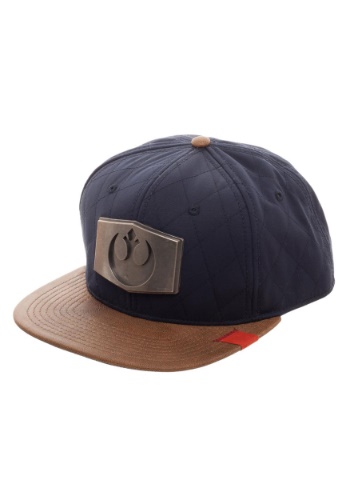 If you ask us, Han Solo takes the cake for being the most interesting man in the galaxy. He practically invented swagger a long time ago in a galaxy far, far away. When Princess Leia tells him, “I love you,” he doesn’t babble like a surprised doofus (much like how we would’ve done had the Princess expressed her feelings to us). He just says, “I know,” right back at her stoically. If that’s not enough to convince you of his swaggerish ways, then his best friend is a tough Wookiee who can pilot a ship and he can toss a Stormtrooper 30 meters with his bare paws.

Yeah, Han Solo is one smooth operator and now you can snag a bit of his style with this licensed hat from Star Wars. The Han Solo snapback hat merges contemporary hat design with Han’s outfit from Empire Strikes Back. It’s blue with a brown faux leather bill and it even has the Rebel Alliance insignia on the front. It’ll help you channel your inner Solo when you wear it!