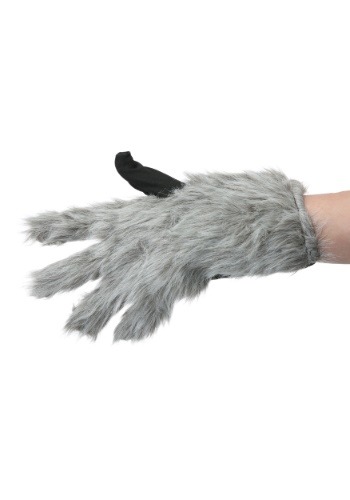 Whenever you have a superhero that is primarily gadget oriented, it sort of makes a person wonder what would happen if someone else got a hand on their toys.  Would that power simply transfer over to whoever held the cool guns and utilities?  Wouldn’t that be a bit… dangerous?  And, more importantly, why haven’t all the various villains just tried to go that route from the onset?  It’d obviously be a good deal easier pilfering some nasty guns than actually taking down the hero!

But, the smartest of those heroes aren’t just going to let their gear get nabbed and used against them!  Heck, no!  They are clever enough to make sure that the gear is only going to work in their own hands.  So, when your tyke has an ambition to become the next Rocket Raccoon, you have to first make sure that your tyke has their own raccoon hands!  We can make those dreams possible with these officially licensed Rocket Raccoon Child Gloves, transforming your tyke’s hands with fabric palms and faux fur backs!  Now they’ll just need an Inflatable Rocket Gun and a mission!