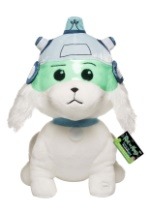 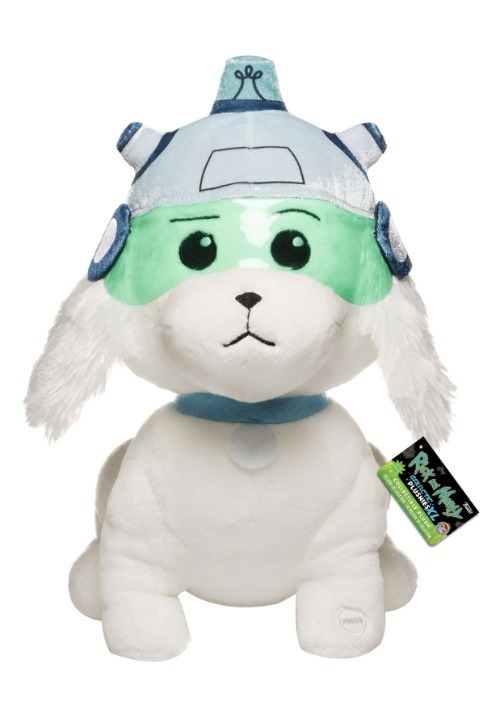 Your dog is pretty smart, but what do you think he’d do if he was just a little bit smarter. Would he just sneak into the cupboard where his doggie treats are, or would he start letting himself outside whenever he wants? Maybe he’d even start taking himself on walks. Or maybe, just maybe, he’d start concocting some more sinister plans.

After Rick gave Snowball (formerly named “Snuffles” by his oppressors) with an IQ enhancing helmet, the little pup decided to do so much more. He built a mechanical apparatus that allowed him to perform most functions that a human can do. Then, he outfitted many other dogs in the neighborhood with the same technology and proceeded to enact a master plan to take over the entire planet. Yeah… maybe your dog should stay at his current intelligence level! Instead, why don’t you get his plush figure which just LOOKS like a super-genius doggie?

This Rick and Morty 12” Snowball Plush will give you a cute toy from the iconic cartoons series.  This stuffed figure is made of a plush material and he’s even wearing his intellect-enhancing gear. Don’t worry though! He’s just an inanimate object, so he won’t make any attempts at world domination. He’ll just hang out with the rest of your Rick and Morty collection.