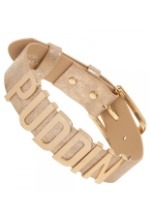 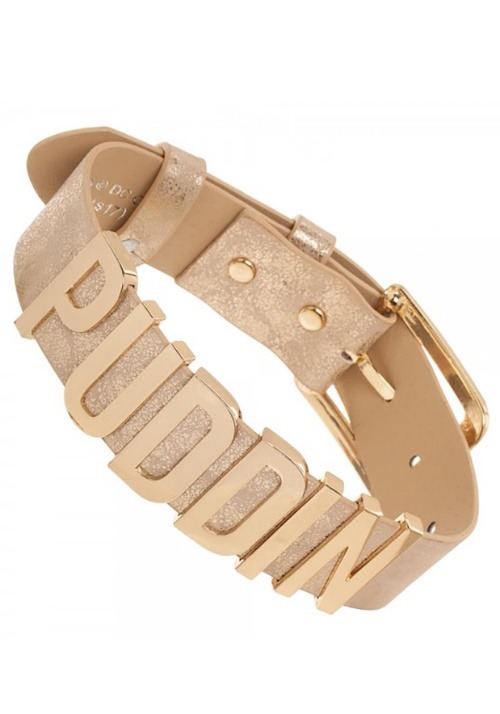 Harley Quinn is a woman unlike any other in the DC Universe.  She doesn't technically have any super powers, though she manages to stand head to head with several and keep coming back.  She isn't quite evil but manages to hang with villains as though she's part of the team.

The only real problem is her interactions with the Joker.  That's a pretty tough relationship to understand.  But, they are both crazy.  Still, at the end of the day, it's surprising how often Harlequin ends up calling the shots!

Show who's boss when you have this officially licensed Harley Quinn Puddin' Choker.  This 1.5" wide faux leather band shines with a golden finish and reads off the pet name that Harley has for the Joker.  The back buckle has multiple sizes for a custom fit.  This can be a great accessory for a Harlequin costume or for a real shift in the power dynamic for the Joker!

WHAT IS IN A NAME?

The thing about the name "Puddin'" is that it is what Harlequin calls the Joker.  With a relationship as twisted as this one, we've got to wonder, when you've got this awesome Harley Quinn Puddin' Choker, who will be wearing it:  Harley or Mr. J!?