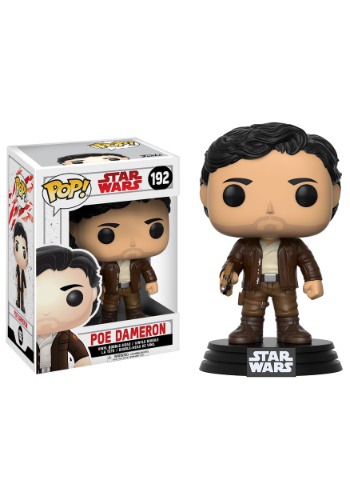 Poe Dameron, ace pilot and devoted member of the Resistance, is quite the inspirational figure. Not only did he dig up the missing piece to the intergalactic map to find Luke Skywalker, but he also stood up to Kylo Ren and survived a TIE Fighter crash so he could do his duty to the Resistance. Now, you can infuse your desk with the heroic Star Wars character by placing this officially licensed Funko POP vinyl figure version of him right next to your computer!

Yes, this Star Wars Poe Dameron Bobblehead comes from The Last Jedi movie and he’s looking as dashing as ever! Of course, he has the Funko style head, which bobbles around, and he even has a tiny little blaster in his hands that’s more adorable than it is dangerous. He’s ready to take on tyranny and evil of all varieties in adorable style!