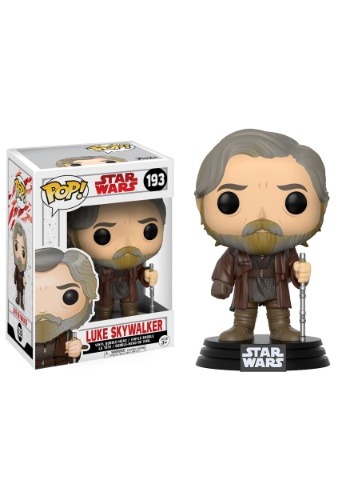 Whew! That Star Wars: The Last Jedi was one heck of a rollercoaster ride! Remember that time when Luke Skywalker… wait a second, you’ve all seen Episode VIII, right? Hmm, there’s a slight chance that you haven’t. Alright, here’s our spoiler-free recap of the Luke Skywalker’s role in the movie:

Rey hands Luke his lightsaber and he’s all like, fwoom! Then, Luke does some grumpy old man scolding, followed by some wise-old hermit stuff (like stroking his beard). Space turtle nuns are there for some reason. Other stuff happens. Luke does a few crazy things. Rey gets mad at him. Also space penguins. More lightsaber stuff. He makes an important realization near the end of the movie and does something crazy. And Chewbacca is just hanging out while all this is happening.

Well, that about covers it! Hopefully, we didn’t give anything important away. Just take our word for it though, Luke Skywalker is still the man, and you should definitely add this Pop! Star Wars Luke Skywalker bobblehead figure! It’s based on his appearance from the Rian Johnson film and he’s got his glorious beard and a funny little walking stick. Now, get out there and see it if you haven’t already!