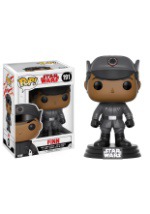 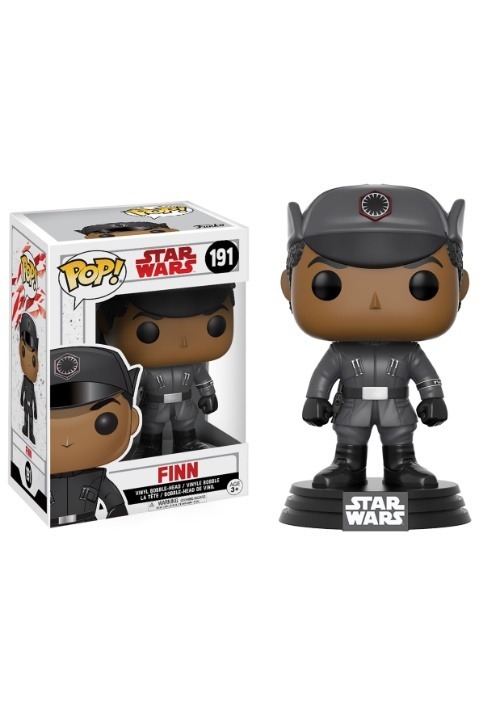 You’re such a bobblehead, Finn.

When the Resistance came under heavy fire, you tried to flee from harm’s way by stealing one of the escape pods in the Raddus. You also let Rose down when you lied to her about what you were up to. Then you failed to recognize that Rose totally had a crush on you during your little side mission to Canto Blight. THEN, you tried going all hero on Crait, sacrificing yourself pointlessly. In our books, that’s the definition of a bobblehead! The good news is you got heart, kid, and we think you’re going to do big things in the galaxy with that heart!

He might be a bobblehead, but this Pop! Star Wars Finn vinyl figure is one bobblehead that you can really relate to. He may not make all the right decisions, but he tries to make up for his mistakes any way he can. He has that classic Funko style and he’s wearing his sneaky Imperial Officer gear that he wore during his escape from the Supremacy ship The Last Jedi. He comes with a small black base and he makes for a perfect addition to any Star Wars collection.