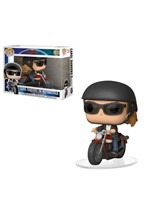 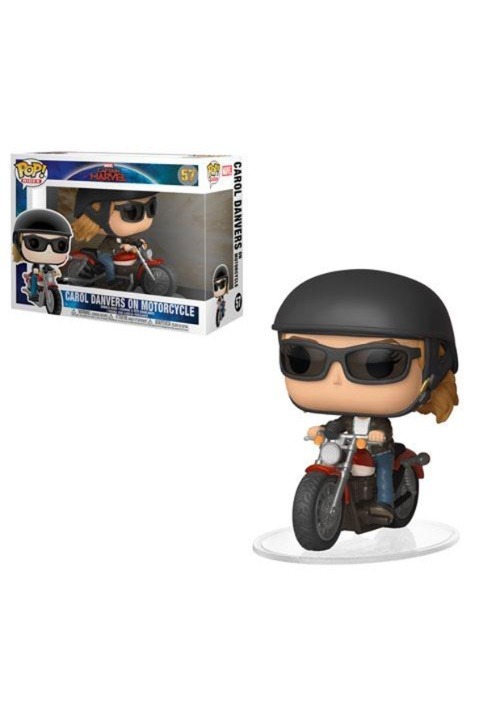 It’s true. Carol Danvers can fly. Not just on Earth, mind you. She can survive in the vacuum of space unharmed, so that means she can just jet through space to hang out on the moon if she feels like it. So, then, why the heck is she cruising around on a motorcycle when she could just be flying everywhere? Maybe she’s trying to keep a low profile while on Earth. Maybe she doesn't even know her own power yet. Or maybe, just maybe, motorcycles are awesome and she doesn’t even need a legitimate reason to ride on one!

Well, this Captain Marvel Carol Danvers Bobblehead Pop! vinyl collectible captures the superhero in her civilian clothes, getting a nice cruise in on her bike. It perfectly captures the character in Funko style. She’s wearing a cool set of shades, her motorcycle helmet (safety first), and she’s even sporting a stylish leather jacket. She comes with an attached display base, so you can place her in your Marvel collection right away!

This version of Captain Marvel isn’t really interested in fighting Skrulls, since she’s just blowing off some steam on a nice bike ride. You can even place a Talos figure next to her and she’ll totally keep her chill!