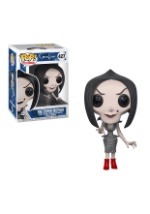 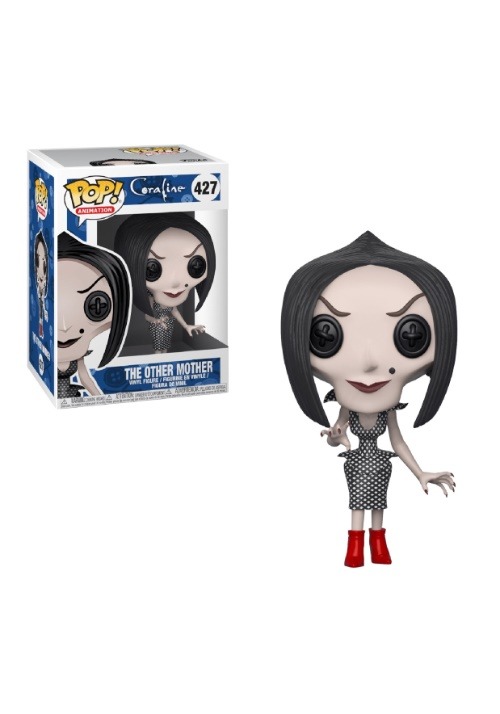 The Other Mother seems pretty great. She's always working on beautiful meals, she's well put together, and she's always willing to play a little game with her charge, Coraline. Now, if only she could get the children under her care to behave! So many kiddos haven't lived up to her expectations, you'd think one would be able to. Coraline didn't exactly start off on a good note either. Why wouldn't she simply sew buttons on her eyes? What's so wrong with a button, it's a cute look. It's even a saying... "cute as a button"! Want to give the Other Mother the respect she deserves? Add this Pop Vinyl figure to your collection. We promise she won't try and lure you through any little doors!

Okay, okay we'll admit that this character is not nice and never was. But she is fun to look at! This Coraline pop vinyl figure has angular features throughout. Her face has giant button eyes and gaunt, spooky cheekbones. Her black polka dot dress has a curving collar and dashing peplum. The Other Mother rocks a black and red color scheme cause that's how she rolls now that she's shown her true face. You know, Other Mother, we think we'll pass on breakfast for dinner. Thanks!