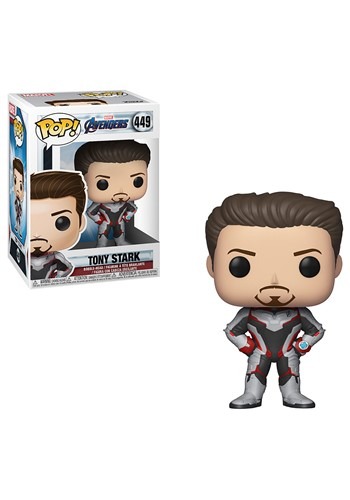 IN THE ENDGAME, NOW

Tony Stark warned us all when he first saw the massive fleet of ships that the endgame was coming! Now that Doctor Strange's words have shown Iron Man knew what he was seeing, it's time for some serious last round victory! Side with the Avengers with this officially licensed POP! Tony Stark vinyl from Avengers: Endgame and get ready to don the suit one more time.