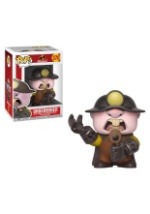 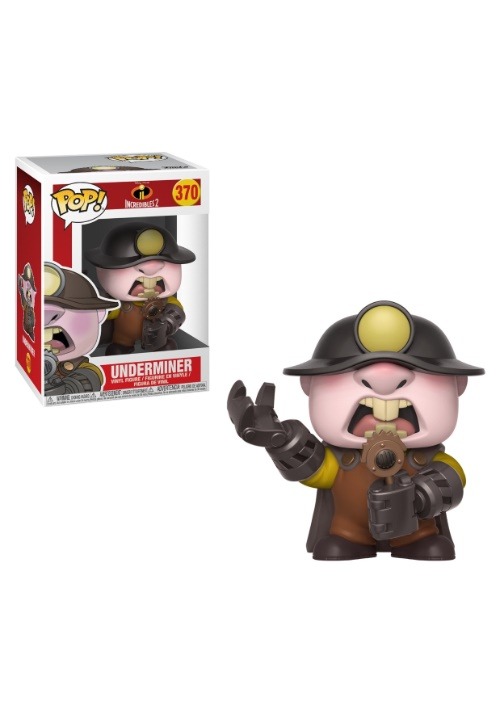 THINK OUT YOUR DISGUISE

Every super-powered or tech-aided villain and hero know that their disguise is probably more crucial than their actual powers.  These are choices that take a long time, careful debate, and should stay open for serious critique.  Do not rush your look!
Unfortunately, not everyone has Edna Mode on their side, working tirelessly to make sure that the super-gear matches the person!  So, when we look at the Underminer and look carefully, we can see that he obviously can't see... anything.

Perhaps that's why the baddie has such a rough time with his villainy.  Give the guy a little light by bringing home this officially licensed POP! Disney: Incredibles 2 Underminer Figure.  This 4" tall villain is made of vinyl and features an oversized mining helmet to cover his giant noggin.  Too bad the guy can't see with his teeth!

Who knows what ultimately motivates a villain to go that far down the bank robbing and terroristic ways?  We generally assume it is because their mom either didn't love them (or loved them too much), but in the case of this POP! Underminer Figure, maybe he's just frustrated that his mining cap is too big for his head!  Either way, ain't he the cutest thing with an overbite you've ever seen?
Product Questions & Answers