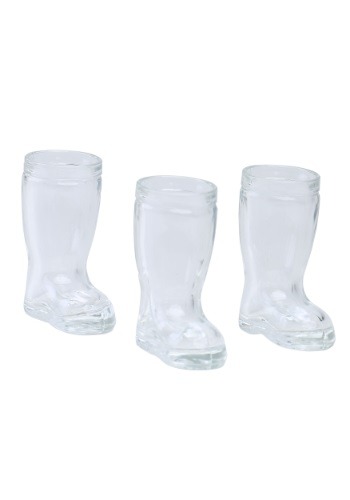 Drinking from a boot isn't about college party shenanigans and beer guzzling competitions with your buddies. Drinking from a boot is a cultural and historical German experience! World War German soldiers began passing around a leather boot filled with brew because they were lacking glasses. It was also a way to wish one another good luck before they stepped on the battlefield. But luckily, you and your pals aren't being shipped off to war (thank goodness) so say cheers to your everlasting friendship and take a shot from one of these mini boot glasses.

Whether you're celebrating Oktoberfest, heading down to the local fair's Beer Garden, or just celebrating your favorite team's victory, pour your favorite liquor into one of these glasses and then throw it back! It's the most cultural way to engage in fun drinking activities. Slam one back and then get out there and play a mean game of Hammershlagen!