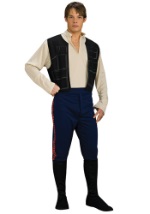 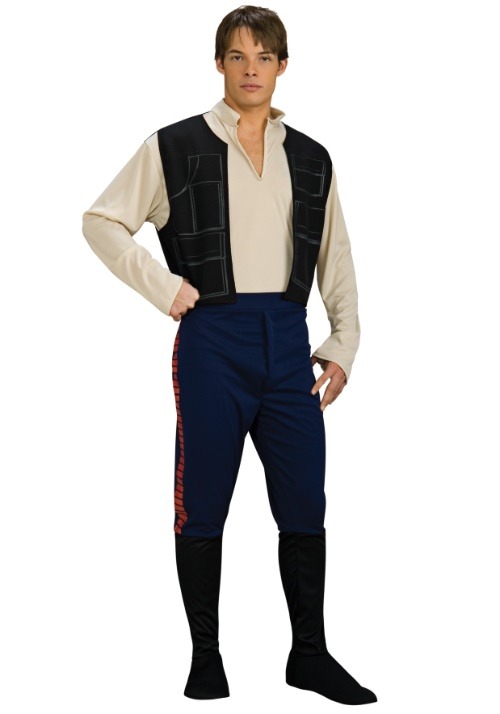 £38.99
Includes & Highlights
Item #RU888738
Items Included
Product Highlights
Size Chart
STXL
Inches
Centimeters
Costume Sizing Tips
Product Description
What turns someone into a Han Solo? Is it having Chewbacca as a best friend? Is it the Millennium Falcon? Is it shooting first? Or, maybe you just need the right attitude and the right wardrobe. This Mens Han Solo Star Wars Costume brings you the look from the A New Hope, so you can project your swagger using the garb of a true scoundrel. Just make sure to pack your blaster, a Wookiee friend and a skeptical attitude when it comes to hokey religions and ancient weapons when you decide to travel dressed as the galaxy's most notorious smuggler.
Product Questions & Answers