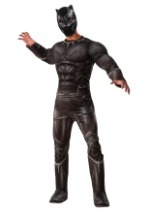 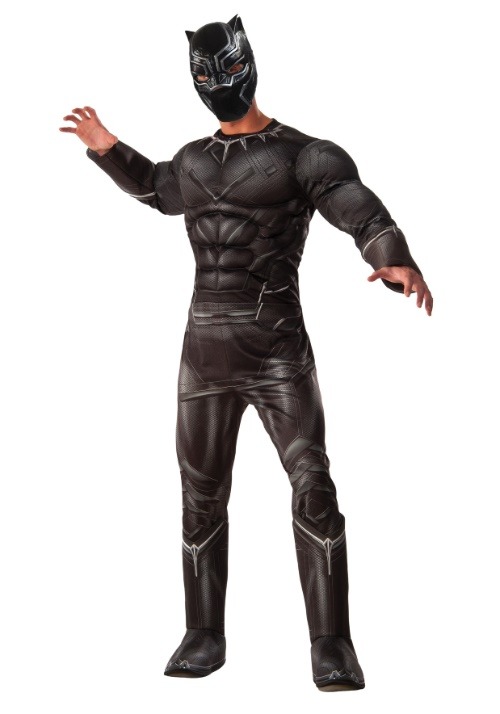 The first African American superhero in American comic books since his appearance in Fantastic Four #52 in 1966, Black Panther has resurged to prominence with his breakout role in Captain America: Civil War and will star in his own standalone film in 2018. In the comics, T'Challa is king of the African kingdom of Wakanda. He earned his honorary title by defeating his uncle, the former Black Panther, in combat. His reward was the legendary heart-shaped herb, a plant that would bestow superhuman senses and abilities upon him and spiritually connect him to the Panther God Bast. As ruler and champion of Wakanda, Black Panther protects his people from any and all threats to their welfare.

Black Panther is one serious customer. As the 8th smartest man in the world he’s a gifted detective and scientist, able to deduce dastardly plots through intuition alone and invent any number of cool gadgets. He can wrestle a charging 5 ton rhino to the ground without breaking a sweat, outsmart and tackle even the far stronger and faster Spider-Man, and even walk away from one of Hulk’s slaps -- and Hulk can hold up a 150 billion ton mountain on a good day. He’s a brilliant tactician, able to trick even Marvel’s smartest guys into underestimating him until he takes them down quickly.

With our officially licensed Deluxe Black Panther Civil War Costume for Men, you too can be the supercharged, legendary Wakandan hero. The jumpsuit has muscular padding, letting you borrow the warrior’s perfect physique without eating magical plants. The built-in boot tops let you wear your own comfortable shoes while keeping true to the hero’s look, and the molded, detailed mask will strike fear in the hearts of your enemies.