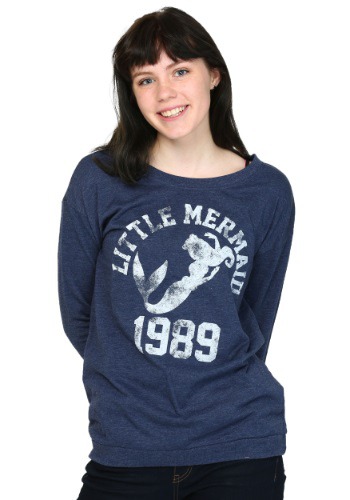 Oh man…who didn’t fall totally in love with Ariel when she sang about being “Part of Your World”? It hit us right in the feels! And we still play “Under The Sea” whenever we’re on our way to a beach (it’s just so tropical feeling!). And “Kiss The Girl”? Has there ever been a cooler, more romantic Disney make-out song?

And while the entire movie’s great, we gotta say: We don’t think a Disney heroine has wiggled into our hearts faster than that sparky half-fish redhead! She was so independent and adventurous and knew exactly how to speak up for herself (when she had a voice, that is!). And we totally felt her when she talked about how much she wanted to see the rest of the (above the water) world! Also, if you haven’t jumped out of a swimming pool, lake, or ocean trying to copy her “flip the wet hair back” mermaid move…well, get to livin’ already, why don’tcha!

So if you love The Little Mermaid as much as we do - or just wanna blast your way back to the best movie of 1989 - then we highly suggest you get those fins into this Little Mermaid 1989 Swim Juniors French Terry Shirt! Made of 60 percent cotton and 40 percent polyester, this officially licensed Little Mermaid gear is perfect for lounging around on the beach or in your own version of a Prince's castle, it'll keep you cozy and warm while you're dreaming of far-away places! It's even got a vintage-looking Little Mermaid design printed on the front, giving you that blast-from-the-past feel wherever you go! It's soon to become your new favorite thing to wear, just try to make sure that Ursula doesn't get her tentacles on it!