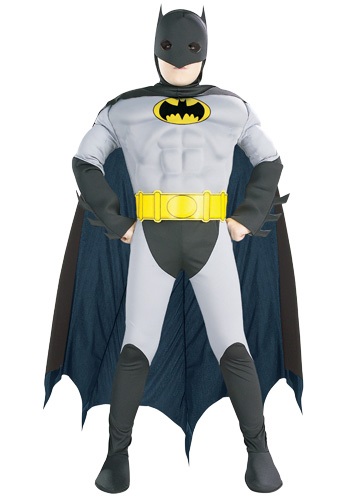 You have no heart if Batman isn’t your favorite superhero. Sure, you can be lucky enough to be born on Krypton and then shot out of a canon to Earth where our sun just happens to make you nearly immortal (plus give you a whole host of other gifts). Sure, you can receive the greatest weapon in the universe, in ring form, from an alien you just happened to meet while he was feeling generous. Heck, you might even be lucky enough to get doused with chemicals that make you super fast or super stretchy or super any other number of things. Why then, as Green Lantern once put it, is “just some guy in a bat costume” our favorite defender of truth and justice?

It’s because Batman has the power of smarts. He has the power of discipline. And, as he’s joked (somewhat uncharacteristically) himself, he has that all-important power of money. He’s the perfect dude, just an ultra ripped martial artist master detective super genius billionaire with the world’s best butler to boot. He’s a guy we could actually be…if we maybe watched a little less TV. And he can totally beat Superman in a fight. With prep. And kryptonite. And a robot suit. You get it, Batman’s awesome!

If your kid is on the right path, he’s already a big fan of Bats. That’s why he’ll love our Batman Costume, which comes with everything he needs to become the Dark Knight. And if you really want to make his day, considering joining him as Robin while you go crime fighting or collecting candy from the neighbors. You’d make quite the dynamic duo yourselves!