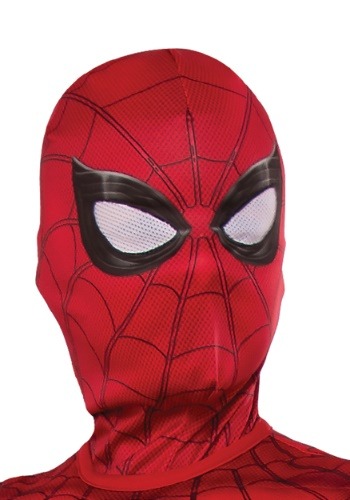 When we sit back and think about the variety of superheroes out there, we find ourselves lost for days, mulling over origin stories and comparing powers to another.  In fact, if we let it go too far, we usually have the whiteboard out and there’s a whole matrix written up and presentations happen.  Frankly, we’ve gone down a week long rabbit hole just trying to decide what the best incarnation of Spiderman might have been between all of the varied realities in which we’ve seen the cheeky hero appear.

And, that’s when it occurred to us that the one Spiderman we haven’t really seen yet is the one that the world most needs.  We’ve recently had the joy of seeing a high school Spiderman, all riddled with anxieties and still showing off that early genius.  But, what about the kiddo Spiderman!?  Well, if the Spiderman from Homecoming can be a smashing success, there’s no telling how great your tyke will be when they don this officially licensed Spiderman Hood.  Unleash the awesome and watch your little one transform into the one and only… and maybe even help a few get over their arachnophobia while they’re at it!