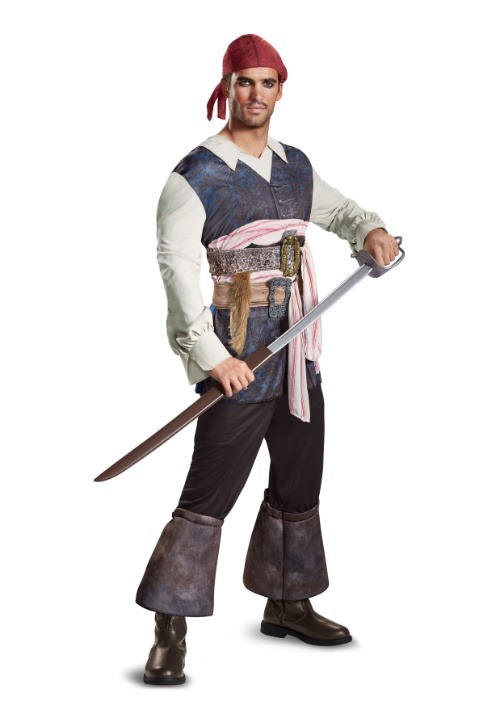 When you’re a kid, adult life seems like such an adventure, doesn’t it? You can stay up as late as you want, you can eat as much junk food as you feel like and you can buy anything you want because you’re an adult and you have a big boy job. Then, you get to adulthood and you realize that sleeping is the best thing ever invented by mankind, eating too much junk food makes you like a slug and sometimes big boy jobs are stressful. What happened to that gleaming dream of high adventure? What happened to doing whatever you want, whenever you want?

Well, Jack Sparrow didn’t get the full memo on being an adult. He spends his nights having a spot of rum with his pirate crew and he probably eats whatever feels like too! And he splurges on delightful things like hats and swords with his cache of gold, since he can always go on another seafaring adventure to get more treasure! Yes, Captain Jack Sparrow embodies the spirit of adventure and freedom that you so longed for as a child and perhaps now is the time for you to recapture some of those old dreams of rogue-like escapades!

Now, with this Pirates of the Caribbean Jack Sparrow costume, you can become the swashbuckling scoundrel with ease. The costume comes with a tunic top that has a printed vest on the front. It also comes with a set of belts and a pair of pants to finish out the look. You’ll be ready to stay up late, eat junk food and throw caution to the wind like you wanted to do as a child!