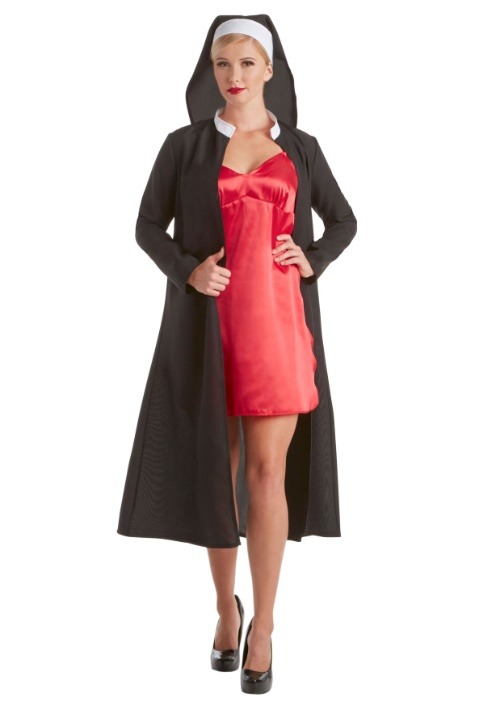 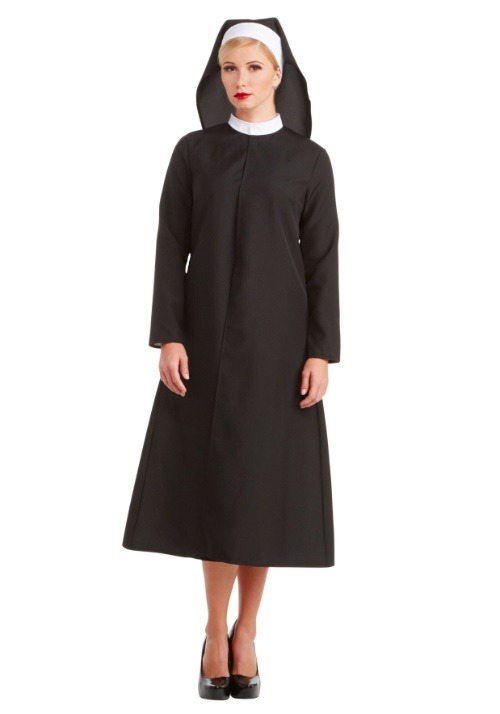 Don't let the habit and religious robe fool you; Sister Jude isn't exactly holier than thou. She doesn't have any plans to dole out communion or abolish your past sins because there's a bevy of mental patients to keep track of and she's responsible for every last one of them. Someone needs to haul Lana to hydrotherapy and heaven knows Dr. Arden won't bother to lift a finger! During these times Lana thinks back to being a nightclub singer, entertaining a slightly inebriated crowd night after night. Now the only time she performs is when the drooling invalids in the common room want to hear her snappy rendition of, "The Name Game." But don't think for one second that Sister Jude lost her pizzazz. She has just as much chutzpah as she did all those years ago, if you do think so, take a peek under her tunic...

This officially licensed Sister Jude Martin costume for women is more than a basic nun costume. In true American Horror Story fashion, this costume comes as a surprise. You'll receive the classic veil as well as the robe with a white collar. Open the robe to reveal Sister Jude's sinful surprise. Underneath the robe, a bright red satin negligee is revealed, serving as a little glimpse into Jude's provocative past.

Laugh With The Sinners

Like many characters that have been brought to life by Ryan Murphy, Sister Jude isn't all good or all bad; she's human. Don't let your habit stop you from taking part in some Halloween debauchery because Sister Jude is all about self-indulge. Turn this costume into a jaw-dropping AHS group costume by teaming up with the white nun and everyone's favorite "pinhead," Pepper.